This comment by a reader: “You make it entertaining and you still care to keep it wise.”

I’m busted. He or she caught me dead to writes. Is my face red, or what? Is my blog read, or what? Yes to both questions. Seems on par with what Samuel Johnson defined as the purpose of literature: to instruct and delight. So maybe we really are busted in the bunker for finding humor in a goofy world, along with a bit of sense.

Here I am, head skeptic of electronic media. I scoff at folks diddling on what I call their doodle boxes. Not only that, but I just wrote a piece on fantasectomy— How cyclops TV is leeching the imagination out of the children. And today when I flipped open what I thought was a clean comment section, there were over five hundred staring me in the face.

It’s not hard to conclude that the Trying Times bunker has been sucked into the vortex. It was as though a bolt of reader reactions was beamed in a rush from the heavens— which at some point they were. And from where?

I’m nearly overwhelmed by the support of the people who comment on these little romps. And the comments come from some places very far flung from the Trying Times bunker, which happens to be situated in Vancouver, Washington. But it’s OK. The bunker sits at a cross street with easy access to exit in case of sneak attack.

And it’s a skeleton crew aboard. Just Super Steve, the electronic warrior who set up the WordPress 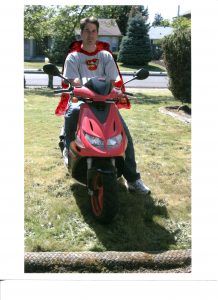 format. Mild-mannered Steve is transformed at the sight of  Trojans into the sworn enemy against all malignancies  of software and hardware, and a friend to interconnectivity. Knowing next to nothing about the technical setup, your editor is merely responsible for illustrations and the writing, down to the last nasty word. So technical difficulties rest with Super Steve, although I do know that Internet Explorer is not friendly to my feed and  an RSS feed is a good thing.

As stated above, the readership of this page is impressive, if I dare say. It comprises such a rich variety of people and their trades. So much as I can surmise, there are out there Spanish locksmiths, attorneys in Barcelona, compliments from Zambia, sellers of hairpieces in Thailand, farm equipment manual writers, health workers, sex toy workers,  car salesmen and car repairmen, Realtors just up the Columbia River from the bunker, business men in London, in fact just about every … Well, you get the picture. 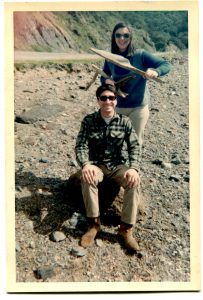 It gives off a glowing feeling to receive all the encouraging words, and not a lot of criticism, and one in French I’m still trying to translate. But when parents report how their Debby or Michael or Jordan or Evelyn are getting something out of these works— that really makes me glow. One of my professional hats was that of a teacher, and maybe for the first time it feels like that hat really fits.

Since this process is fairly new to the bunker— first post Dec 2015— I’m not familiar with world wide web dot commy etiquette— if there is any. But we might like to think about three comment guidelines.

First, brevity. When they come in a pile, it’s difficult to handle. Hate to miss many.

Second, readers are free to use whatever comes across this screen. How could I stop it anyway? And why should I? It can’t be too bad to have one’s works accepted. What I do mind, though, what ticks me off the most is the work of the filthy pig-buggering plagiarists who are pirating my novel— and under my own name: The Money Swallow by Joseph Cozzo. A plague upon them!

But the third and most important detail: Location, location, location. I showed you mine, so you can show me yours. All that’s asked is to identify the place on the planet you occupy. Any further information is up to you, like gender, profession, age.

Yes, it does sound contradictory to ask for brevity and then request additional information, but some detail would help in choosing these texts. As is already evident, there is a range of material. So it would be good to have a better idea in answering the initial question that started all this: Who’s out there? More pointedly, who’s out there who’d be entertained by the depraved works of a fevered mind? Expose thyself! 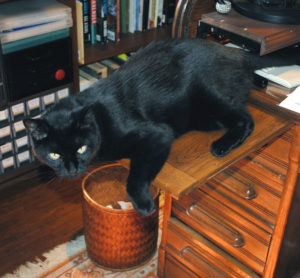 To complete the introduction, please meet the senior member of the 3T staff: Cesare, chief editor and music critic. His editorial style is extremely direct. Any loose paper lying around is subject to his expert cutting. His musical criticism is as direct. He reports his critique of any music playing by first raising his head in mild disapproval for, say, vigorous pieces like modern jazz. Pop will get him up, and raucous rock or Shostakovich will send him out of the room. Swing jazz he tolerates. Mozart doesn’t stir him a bit.

So the reader should be comforted by the knowledge that the composition of these depraved works is at least accompanied by music properly monitored.