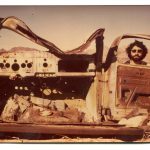 Portrait of the Artist as a Young Wreck

☞ The wandering way to becoming a post-modern prospector is paved with what is referred to in corporate speak as “off-ramp careers.” The way started as a farm and cannery worker in order to fund a scholar fantasy at what was then San Francisco State College (now officially restyled as a university terrorist training camp). But as any prospector has a feel for a non-paying hole, so it was with the English teaching that followed at a Midwestern college. Which furthered a plan for digging where prospectors belong: off the ramp and into the West.

☞ Consequent mining included clerking and metal worker, social worker, restaurant owner/builder, apart-timer teaching in local colleges. The digging got deep as an investor prospecting in a burro made by Chevrolet. The glory hole led to a gig as a Socratic stand up comedian teaching English in Tokyo universities, eigo no sensei. This strike yielded a treasure trove of images and experiences in far-off lands of pay dirt. They formed the basis of becoming a post-modern prospector, who, in contrast to a traditional prospector digging with his hands, the post-modern version digs with sensory parts of his anatomy and the tools that aid them. So the ever present task is to keep a curious and steady eye, recording as well as reading, on that endearing existential show of the Great Commotion Opera. 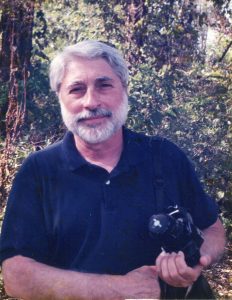 ☞ An off-ramp career trajectory of a post-modern prospector would be expected to wind up, as it has, with a graduate title: Prospector Emeritus as Cosmic Scribe. Now some personal scribbles do occasionally span the cosmos in science fiction, yet for these Trying Times subjects, focus is often on things stranger than sci fi. These particular digs of inquiry do not search in canyons of bright and beautiful rock formations for rare metals. The post-modern prospector emeritus prospects instead the sunless canyons of mediocrity known as cities. While the cosmic scribe mostly avoids the traditional fools’ gold of Wikipedia, he’s more like an archaeologist digging into ancient burrows known as libraries, through old boxes of pages called books, over faded news clippings. Although his inquiry spans from the extraterrestrial to the microscopic, the post-modern prospector mostly sorts through tailings of jargon— lending an ear to the wind that carries the braying of jackasses and jargheads— in order to fulfill the ultimate post of what T Roosevelt called a muckraker.

☞ Lord knows there lies much muck to be raked out of the Great Commotion Opera. And these bio bits represent, after many mundane distractions, a re-intro and re-set into post action.

☞ On a concluding note, please allow your humble prospector a moment of conceit to quote a line from a personal poem: “It sets a marker to prime a life just by seeing.” The reason the line is a favorite is because you can attach anything to “it” and it has meaning. It could be the Grand Canyon. It could be a mate’s body. That’s a big goal in these weblogs woven here, past laced with present, high with low. So if you can see “it” purely and clearly and for what it stands, you have dug up a vision. And we both struck gold.