☞    Let’s look at Crats. Democrats, bureaucrats, plutocrats. All of a piece, a large unelected portion of the process, they have amassed more and more unofficial power to thwart the will of the people.

Presently insinuated into every part of public life, looking at them historically, bureaucrats as we know them were born in the age of Louis XIV. In order for the Sun King to spread his rays over the land and keep tight control over his subjects, not only did he keep the aristocracy close by, he also needed a rep in each department. This representative was titled Intendent, from which we derive terms of bloated bureaucrat office such as SuperIntendent. The Intendent bore the king’s seal and reflected his absolute power. From that authority issued a number of desks, bureaus filled with the records of the Intendents; thus, the deskocracy was born.

The deskocracy suffered a setback during one of the two major revolutions (America the other) at the end of the 18th century. The French revolution took down the intendent types and chopped the head off the king’s descendant, Louis XVI. But the deskocrats were reinstated with subsequent leadership. Bonaparte welded it shut with his own law, the Napoleonic code. At least today, in the land of the Sun King, bureaucrats are referred to as les responsable when they screw up, the responsibles. No such luck with our own deskocrats. 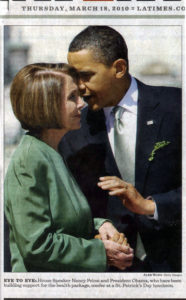 The democrat party formed largely alongside workers’ movements, which were launched on a universal scale in the 19th century, spurred on by the man who never worked a day in his life: Karl Marx. The only money Marx made was by writing articles for the New York Times. So it’s not surprising that the first socialist union was formed by New York plumbers. The rest is democrat history. Workers united to protest and abolish inhuman working conditions. A noble cause for the time. At the moment, however, through some strange historical evolution and the will of JF Kennedy, unions have come to represent mostly deskocrats: teachers, white collar workers, and, most importantly, government deskocrats.

Where once unions formed to unite and protect miners from suffocation and factory workers  from getting their limbs torn off, it now protects female office workers from harsh words. Their solid position through union protection is a hallmark of their power. The deskocrat began life as a low-paid functionary guaranteed life time employment; today the money is much better, but it takes nothing less than a flamethrower to get les responsables out of their office. 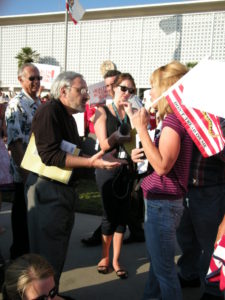 The dialectical snake has not only swallowed its tail, but found it delicious and fattening.  The dialectical snake actually represents the Marxist idea of the swinging pendulum of history, celebrating the snake swallowing its tail, or how unions represent some of the most pampered working class: deskocrats. But then Marx— as he usually did— only swiped that idea, this time from Hegel. Action and reaction: the union dismisses its industrial-type workers and invites your local teacher and social worker. And all good crats join hands and swing together. Doo see doh.

So understanding this action/reaction dialectical square dance in place, historically joining union crats with deskocrats, the further evolution of crats might be easier to understand. For the new crat is the plutocrat. In ancient days before television, or BTV, the plutocrats were the fat cats. They were the robber barons, the moguls. They were the enemy of the “common man.” The formation of unions was “to bust their asses.” Today’s plutocrats are of a different bent. 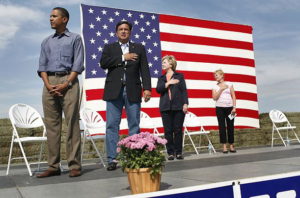 Some of the old timers, like Bill and Hillary and other  doddering Demos, act as corporate raiders (which is the era most of them are from) by selling off national assets. It’s like America is their own company to do with what advantages their bottom line. However, out of the Darwinian swamp evolution as Marx described within the structure of industrialism, today’s plutocrat is post-industrial. He’s the billionaire like George Soros, able to  influence elections or bring down the economies of nations.  A look at the top richest will yield a list– minus the Koch brothers– of liberal plutocrats.  And most of those fat cats gained their wealth by current technology to run folks down, especially children, on what Billy Jeff Clinton called “the information highway.” 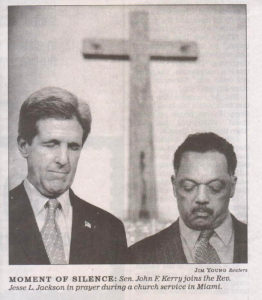 The nouveau plutocrat is often himself part of the infantada, the movement toward kidocracy. This was accomplished by new skills derived from manipulating the action and affect of Cyclops TV on the newborns. We here at the 3T Institute of Absurdity refer to the phenomenon as fantasectomy, the removal of the imaginative faculty.

More on the Infantada and Fantasectomy will be forthcoming. For the present discussion, suffice it to say that for the past two generations, at least, the affects of the Infantada and Fantasectony generally deprived newborn minds of traditional maturation so that they have become what one sees on the American campus today: robotic ravers responding to pixels on a glitterbox. What they perceive as reality is reached less and less by contact with the phenomenal physical world. The world for them is framed in pixilated control.  And Cyclops TV was only the beginning. Now it’s the doodlebox.

And who controls the doodlebox? Young plutocrats, along with their cohorts nestled as comfortably as city mice in a cheese factory. Comfortably, at least, until reality intrudes, such as the election of Donald Trump.

What defines the evolution of the new crats would be anybody’s guess, but numbers must  have something to do with it. Marx himself referred much to “the masses,” but it was Hegel who proffered the notion of the demiurge, something like a world-driven spirit.  Yeats called it Spiritus Mundi. I don’t know how much world spirit the demiurge holds, but it can be clearly measured by pressures of le peuple, the masses driving numbers, the existential irritant. The more the numbers, the greater the pressure. Numb is the first part of numbers. 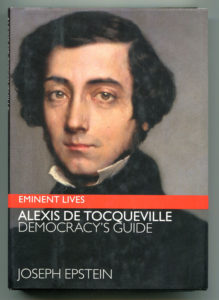 As one whose aristocratic family survived the French revolution, Alexis de Tocqueville visited the states with a keen eye to how the American democracy worked,  the other world revolution, the democratic one. He saw in the states how le peuple had replaced the infallibility of the king. The will of the people ruled unquestionably. A good reason we are today plagued by polls. The will of the people numbered. But numb is the first part of numbers.

Numbskulls may rule by sheer number. That would be what monsieur de Tocqueville was referring to when he expressed his fear of the “tyranny of democracy.” In other words, le peuple in a democracy could be ruled by a tyrant other than a monarch. They could be tyrannically ruled by themselves— or some oligarchy of unelected crats. Doubtless the reason why democrats are unable to appreciate the ingeniousness of the electoral college, crats are most reliant on  uneducated number pressure. I don’t know if even de Tocequeville really gave enough credit to the electoral college as an antidote to democratic tyranny. But then, why should he have? In 1831 there were no uniformed crats gone wild in the streets in a tantric tantrum of political infantada.

De Tocqueville did foresee with his near prophetic observation the eventual pressure of the demiurgos on the population. He wondered how America would withstand living with itself once its borders had been filled in— and he was looking at an America that only went to the Mississippi! But his question remains, and it’s partially answered by the turmoil seen in American cities, by numbers shot down usually in war time, by street lamps in San Francisco eroding from urine. We can see how we live with one another as numbers numb our system. The demiurge a-poppin’.

Enter the crat system, wherein no one has to face up to his own responsibility, nor can he be fired short of screwing the boss’ wife, or in the very least, harassing her. This happens when the demos, the demiurge, the will of the people is methodically undermined by the removal of that pesky faculty of the mind: imagination, the basis of reason. It forms a perfect avenue for emotion to rule irresponsibly. It’s also good for getting rid of the most pesky attribute a crat can stand. De Tocqueville named it. Individualism.