Boy, it’s no wonder Mimi had to oust Sigmund Freud out of the Umma… 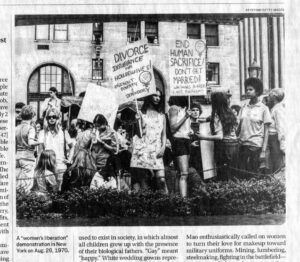 ☞ Okay, let’s not go off half-cocked without defining terms. Most folks have an idea who Sigmund Freud was, but Mimi? Such is simply a name for that group of humble martyrs cleaving to their collective Umma. Those whose personal is political for uninhibited sharing of mizery. Mimi is merely a loving label for easy handling, largely derived from the MeToo Movement: me me me too. And Umma is a specific name one group of believers give to their collective project of taking the world.

☞ We’re talking true believers here, those who always have a name for an exalted future. In fact, in the beginning that’s all they have, a magic word to instill belief. Such was the basic distinction Eric Hoffer labored to show in his historic book, The True Believer. Even though a slim volume, and repetitive as well, in it Hoffer handled, like the longshoreman philosopher that he was, a multitude of ideological settings of true believing causes and its ism dictates. Yet, though expressed in the many different stripes of true belief, the pattern looks— and smells— the same: destroy the present standing in the way of a glorious tomorrow. Be ready to sacrifice for a world not yet realized on the ground, nor even on the horizon. The eye of the true believer is fixed in clouds above that can’t even hold water. 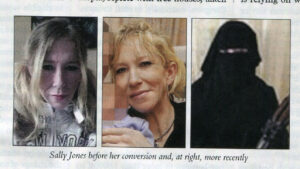 ☞ “Jihad” to one collection of true believers signifies the struggle for world dominance, its dispersion known as “Umma.” Although the Muslim version of world conquest, yet foreign western women are attracted to it. Female participants recruited as militants are known by anti-terrorist agents as “Jihad Janes.” One “Jane,” baptized by her British parents as Sally Jones, has since taken the name of Umm Hassain al-Britani. Her twitter twit tweets sound like this: “You Christians all need beheading with a nice blunt knife…” [The Weekly Standard, “Equal Opportunity Terrorism,” Oct 2015]

Al-Britani has many credits in her jihad, but one of them would almost be amusing if it weren’t so grim. She has “played an instrumental role in the Khanssaa Brigade, which, among other atrocities, has institutionalized the revival of sexual slavery.” [Ibid] More on that “brigade” below. But at this point, Jihad Jane’s dabble in sexual manipulation might help understand why true believing Mimis needed to banish Freud.

☞ Actually, there were several reasons to target Freud, but one in particular. One Freudian concept presented such obstruction for Mimi that his theories had to be dumped faster than an Abraham Lincoln statue. And it was rather spectacular the way ole Sigmund hit the academic burial ground, especially from his spectacular height.

Not so very long ago every one was, as they say, “into Freud.” His methodology was not only the stuff of psychoanalytical doctrine, but pop cant as well, from advertisement to avant garde literature and film. Yikes, you couldn’t even view on screen an image of a girl leaning against a pole without thinking phallic symbol, maybe even a psycho fix on her father. Anyone who was anyone underwent expensive psychoanalysis to help realize the magnitude of his or her childhood. Social interactions were sopping with the jargon: ego, super ego, id— lots of id— neurosis, psychosis, dementia praecox, bla bla. Adherents and modifiers were many— Adler, Jung, Brill, etc.— and practitioners were legion. Then, before you could say Gloria Steinem, Freud was gone.

☞ There are guesses for banishing the old pessimist. Books full of isms. Civilization And Its Discontents. Politically uncorrect references to other cultures as primitives, patriarchal principles, and the like. But there’s another, more likely, supposition for bringing the doctor down. The psychology itself. In mapping out the psyche, Freud cut new wood in determining phases of individual psychological development. Crude as newly cut wood is, refinishing was crying to be made. But the process of describing individual maturation had begun. And that’s the most likely reason to disturb Mimi. 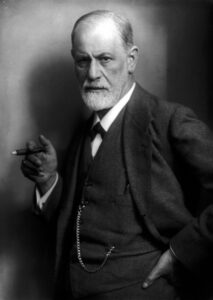 Defining sexual drive is largely what got Freud in trouble. Starting with sexual attachment to a parent, moving into self love and a homosexual phase. What Mimi refers to as “gender dysphoria” seems only, according to Freud, a normal stage along the thorny path an individual runs before being lucky enough to come to rest at full development. Freud’s concepts were never easily accepted. Early medical minds weren’t ready to hear that they started out by having lustful desires toward mama Mimi. Who could believe that sex is a primary driving force? Academic communities couldn’t believe the power of those infant influences Camille Paglia located “at the knee of the mamma goddess.” Now, a century later, study of established child development crashed rather suddenly. They were crying to be “deconstructed.”

☞ A side comment:
[let it be observed that the term deconstruction is self-explanatory. Observe that deconstruction” can be construed as destruction with a con in the middle of it. One may then fit a con into any phenomenon to be destructed. The con in the case of the hottest current of child development is that a kid (as early as six, according to one Dr. Mimi) knows all about his or her own genitalia, even to the point of removal. And Dr. Mimi is there to attend.]

☞ Mimi wants to apply a host of severe procedures during what used to be called the age of innocence. She wants to administer permanent physical change at the age level of interior psychological maelstrom, hormones a-raging. And to justify the effort, Freud and those simple doctors dealing with personality adjustment on normal levels… Well, they all had to be sent packing. By way of jarghead organizations such as Physicians for Reproductive Health, Dr. Mimi wants not only all out war on fetuses, but other indirect methods as well to mess with the gonads directly. Drug induced procedures and slicing organs at an early stage of normal development— and Freudian psychology be damned!

☞ Other more clinical experiments have since been greatly explored. Electro-shock, anyone? Collaterally, the pharmacology world has expanded into gargantuan proportions. And surgically? Well, Dr. Mimi seems to be leaning toward an imitation of another famous— or infamous— doctor. And that would be Dr. Josef Mengele of the Birkenau extermination camp. A notorious bugger for performing medical experiments on live prisoners as human guinea pigs, his rep as the Todengle, “Death Angel” Doctor, is greatly advertised.

Main squeeze of Yazir Arafat who gave the world airplane hjjacking, Leila was the poster girl of El Fatah, here speaking at San Francisco University whose students would boo down Thomas Jefferson. 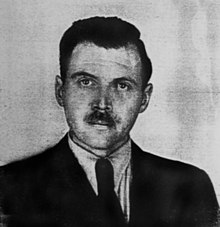 The nature of Mengele’s experimentation, however, is not so well-known. The focus of the faithful doctor’s experimental work on live “specimens” was to discover methods of artificially inducing multiple births, twins plus. The obvious goal of these experiments was to create more assembly-line Aryans. Imagine the burden. While Nazi mothers were awarded medals for birthing, Dr. Mengele sought laboratory methods for enlarging in greater numbers supermen of the master race to run their Umma. Ergo, more births. Ergo, messing with the gonads.

☞ Which returns the discussion to the Mimi Umma. Josef Mengele served as a perverse model for the doctors of the Khanssaa Brigade, Jihad Jane’s crew for rounding up sex slaves. Al Queda employed women actually called “Mengele doctors.” Since male doctors are forbidden by Muslim law to practice gynecology and mess with female genitals, Mimi “Mengele doctors” were recruited to serve jihad by patching up and restoring vaginas so they could undergo what might be called “re-virginizing.” By this process, sex slaves could be resold multiple times to new buyers requiring virgins— thereby satisfying the dipshits who rule over mud villages and live to terrorize not only the rest of the world, but to make the wretched lives of captive nuns even more wretched.

☞ Ironical organizations bearing reverse English titles, like “Physicians for Reproductive Health,” are therefore not without precedent. Whenever another bid for world domination rears its goofy head, seems like some folks get ready to administer their peculiar practices and start messing with other people’s genitals. If forces under the guise of education work in tandem for indoctrinating immature minds— female teachers 75%, kindergarten 92%— convincing the little whelps at their most imitative jarghead stage to undergo the process, so much the better.

These would be young minds confusing their own undifferentiated sexuality with cartoons and transformers, minds not really ready to have their appurtenances chopped and channeled like hot rodders do their cars. Yet there are those who claim educational and medical authority to help six year-olds make up their undeveloped minds whether they want to have a chop job or be channeled.

☞ And the billions of smackeroos kicked back from those supposed “life-saving processes” (which actually increase suicide rates among “patients”) should not be ignored. Not since the Aztec rituals has the world seen such a mass of sacrificial innocents. Sure, Aztec priests were in it for loot and power as well— like Dr. Mimi— but it’s not likely they took an oath to “do no harm.”

☞ And if the question pops up why would it be Dr. Mimi…? Well, at the vanguard of the glorious struggle for equality, Mimi has established a major presence in medicine, as well as in education, which leaves her coyly close to total control. Such a broad swipe of female participation would allow for Mimi the likely role as doctor in ritual gonad services.

☞ Not until the world envisioned by Aldous Huxley in Brave New World is realized will there no longer be the necessity of messing with the gonads. In Huxley’s novel, everyone received total care from cradle to grave. Only in that world, it was “test tube to grave.” With children formed at a Hatchery in test tubes, it only took a portion of alcohol solution to hatch fetal tissue as Alphas, Betas, Gammas, or lowly Deltas. So all know their place— and will be happy. A place where life is one endless orgy-porgy with anyone else, and Mommy and Daddy are bad words.

But until that brave new world is realized, Dr. Mimi is stuck with drugs and scalpels in the old-fashioned Mengele style, leaving it to Senator Mimi to legislate further openings in order to set the world on the corect progressive path.