The Times, They Are A-Tryin’ 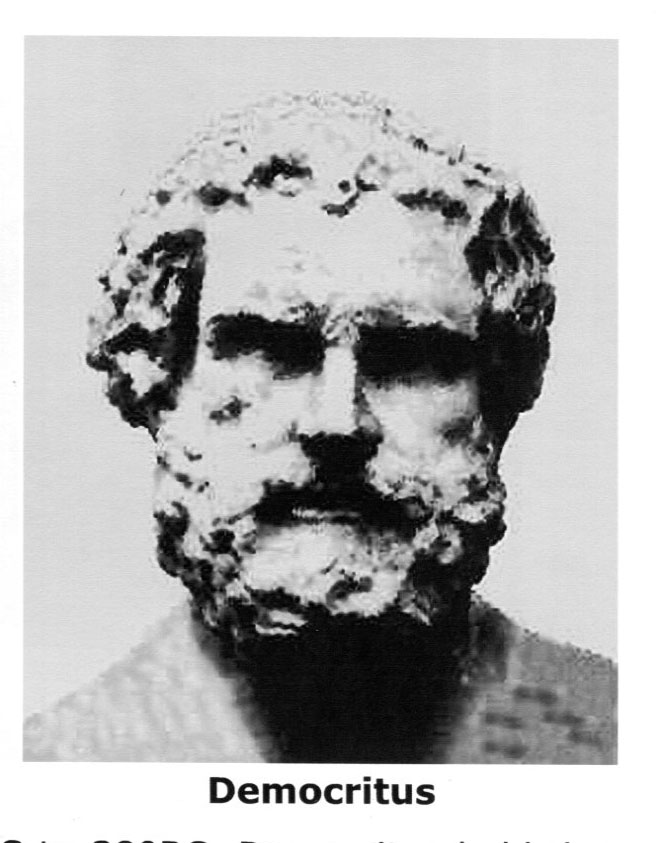 The Times, They Are A-Tryin’

The original intent of this edition started out by spoiling for the election that wouldn’t die. It was going to expose the fashionism, racism lite, pop prejudice, and the whole mad Great Commotion Opera in process, even at the risk, mind you, of suffering Democritic seizures.
For the uninitiated, Democritic seizures are a personal name for the condition medicos call the Pseudobulbar Syndrome, whose symptoms include uncontrollable fits of laughter to the point of asphyxiation. These seizures could strike at any time, but an election year promises an exceedingly sure threat.

Here in the bunker, we renamed the pseudobulbar condition to give it a face, and that face was the pre-Socratic philosopher Democritus, who got to be known as the “laughing philosopher.” He earned that moniker for the habit of falling into uproarious guffaws at the strangest things, some things considered very ordinary, even sad. Democritus seemed to be afflicted early on with particular sight since he was the first to conceive of atomic structure in gross matter. So he evidently saw things close up, which must have made ordinary things appear extremely funny to him, sometimes laughing so hard he had to be helped home.

In order to avert a seizure resulting in terminal laughter, we have therefore decided to side-step certain topics in order to avoid that danger. We avoid for the moment transgender janitors fighting to be heard, nor clamor for a revival of dodge ball in the schoolyard. We simply wish to appreciate the general absurdities that rips us most apart when witnessing the dumb show, the travesty involving sticky little cyclical events in the Great Commotion Opera which, down deep, relate to a travesty of liberty itself.

There is something about travesty that seems so appropriate, a verbal device making the lowest seem highest, and vice-versa.  The root of the word itself is related to transvestite, cross-dressing, as in one idea or value dressed up to appear as something else. It helps to see low ideals exalted as high ideals, “in drag” as it were, which unavoidably takes us right back to the election process. 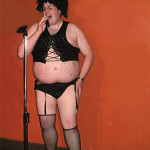 Travesty is also the lowest form of satire. It’s a lazy man’s job, just to take material out of the newspaper. But how can anyone resist such an easy cheesy way of enjoying the decadence than by just scooping it out of the news or the big bulging eye of Cyclops TV? It’s impossible to resist such golden examples of ideals in drag than the bit, say, of a community organizer for president.

The last national election served up such choice tidbits of travesty with both candidates in political drag: a Republican candidate who pioneered what became known as Obamacare, and a Democrat who might not even be an American, both of them blathering unprecedented volumes of propaganda costing gazillions of pay-offs to spout about freedom through the eye of the Cyclops to a gape-mouthed public.

But there are more perennial travesties, such as the marketplace as a show window for an economic system in drag. Business-as-usual dumped an unprecedented pile of manure right smack dab on both (loving the jargon here) “Main Street and Wall Street.” Free market capitalism showed its ass in drag when it came out as state funded socialism after it failed in the state run reality business.
What folks on both Main Street and The Street have failed to understand for decades is a simple yet instructive principle. We humbly offer it here as Trying Times Economic Theory. It’s pretty heady, so you might want to go to the kitchen and fix yourself a stiff Pepsi before trying to absorb it. But it goes like this:

☞ Everything comes from the ground, including us.

Sure, it may be difficult to see, but anyone inhabiting the Central Valley of California, for example, and observing food crops turned into suburbs for growing babies, doubling the population appetite while reducing its supply, could not fail to observe a cosmically comical swap taking place. Peaches now arrive not from our own ground but from South America. Some of the babies, as well.

And when junk bonds first reared their ugly heads, it was a matter of alarm that junk derivatives had infiltrated every form of finance. But before long, the economy took on a new dress. Stocks, bonds, mortgages were travestied (to coin a noun-verb) into hedge funds. That was in the 60s, shortly after business had shifted over fifty per cent of the gross national product from manufacturing to service industries. A major portion of profits were then derived not from things made but from services between one person and another, what we call here at 3T the “massage industry.” Services and staining paper now comprise a major part of the massage industry— including actual Thai massages— and profits are swapped for debt with people who make things abroad. Now that junk paper has been layered to the heavens, supply and demand no longer applies, and Americans sit in the shadow of a shaky inverted pyramid ready to topple on partying heads.

Liberty— and this is the topic of our feature piece— now translates as the freedom to negotiate, to purchase, and to finance. Individual choice is equated to the freedom to shop. Individualism seems mostly equated to acquiring a stack of stained paper, and many appear to believe that is more nourishing than peaches off a tree. What greater travesty of wealth than denying what comes from the ground under thy feet?

And what has become of the guardians of liberty?  The academy?  The press?  The press has learned little from the academy but how to dress up suppression.  The academy began as a stronghold of free inquiry.  It grew into a stronghold against pervasive canon law. But lately the academy has transvested from that pesky free inquiry bit to inculcate its own distinctive brand of “education” (its own canon law) so that students may learn— and act upon— the appropriate jargon.  And the jargon itself used to be called naval-gazing, that uninterrupted fascination with the center of one’s own being. With subjects like gender studies in the curriculum, the subject of study has sunk well below the naval.  It’s enough to make a serious-minded Thomas Jefferson laugh out loud to see what’s happened to his fancy idea of a university.

These precious conditions, if taken seriously, could easily set off a Democritic seizure. It is in fact more of a sure thing to laugh at than modern comedy. The only place folks don’t have to worry about laughing themselves to death is with the humor (rhymes with tumor) presented by contemporary comedians. Lazy as the rest, they will grab desperately for a jibe at a Republican or point to their pee pee which comes off more pathetic than funny. No wonder laugh tracks are necessary. No danger of a seizure there.

Observing all these “liberties” taken with sensible values, we realize the definition of liberty has definitely undergone a sea change. Consider Thomas Paine’s winter soldier in Valley Forge, whose idea of thermal footwear was stuffing moss and leaves inside his boots — if lucky enough to have a pair. His sacrifice in the fight for personal liberty, painful as it was, made sense. Common sense.

The absence of sensible behavior— a politician actually concerned about the national debt or an actually talented entertainer— is a yardstick by which we measure the travesty. The governing infantilism presents all too often a natural trigger for setting off a Democritus, or your humble editor, into a seizure. And perhaps that serves to define the symptoms of one: severe pain of irony, hopelessly sad, finishing off the patient in a fit of grim laughter.
Santyana’s common sense aphorism that those who do not learn from history are condemned to repeat it gives us an overall measure. The way societies fix repeatedly on the nonsense that helps to destroy them as history repeats itself is the major travesty. So here at the bunker, we attempt to expand Santyana’s theory, and say that those who do not learn from history are condemned to miss the comedy. The kind the Greeks liked, the ironic kind.

Laughing at the silliness is well-nigh mandatory for survival in averting Democritic Seizures. H.L. Mencken saw it (“On being an American”). In reviewing the events perpetrated by the pusillanimous pissoffs surrounding him in his day, he concluded  that anyone who does not laugh himself to sleep every night must be suffering from a petrified diaphragm.