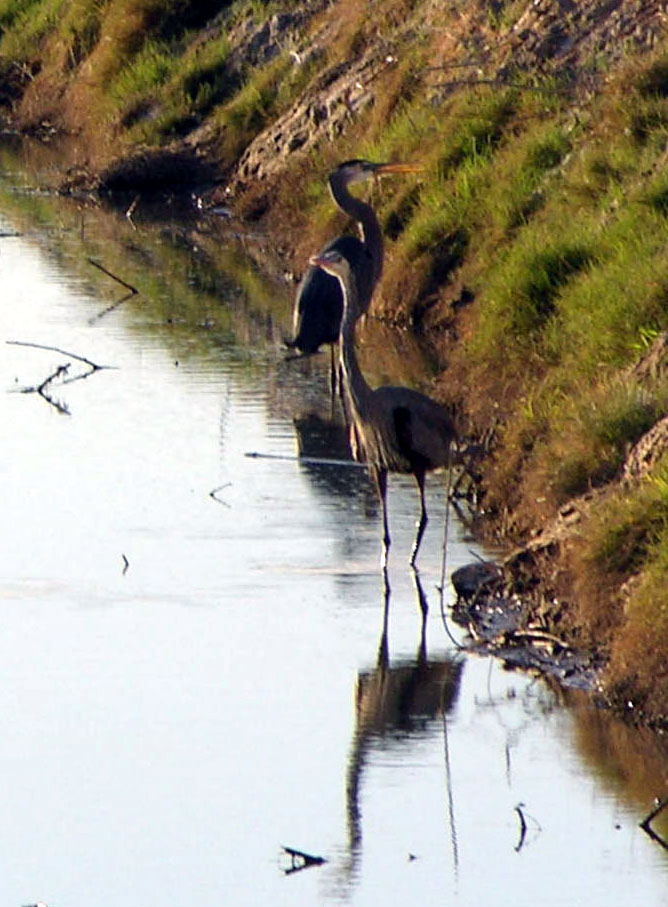 Recently on the road again, tripping across the fruited plain. Been doing so since Jack Kerouac wandered from coast to coast. Yours truly trod those plains with the same kind of Jack Kerouac/Walt Whitman reverence for these vast united states. Only… Only, things have changed. 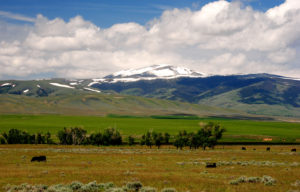 The fruited plain was still bearing its vast crops, but it  really seems to be producing infertility. So that automatic reverence for the land that I shared with Kerouac has undergone a sea change— or rather, a land change.

Went to St. Louis in order to view with friends the August solar eclipse, and along the way there was occasion to tune into the radio waves and eavesdrop on local blah blah. From South Dakota on, farmers were all fired up about some issue brewing in the golden state of California. Being a farming issue (and this is a case where the word issue really applies), it effected farmers in every state where the federal Environmental Protection Agency has a grip.

The actual issue involved the Duarte farm operation in California’s Central Valley. The charge against the Duarte family involved cultivating a field in which a pond could form— or was known to have formed. A possible wetland. It’s my understanding that no pond existed when they plowed it, merely dry dirt suffering the after effects of drought conditions. But, nevertheless, that site of a possible or occasional pond which the farmer blatantly plowed for cultivation brought a charge from the EPA, along with a fine in excess of two million dollars. 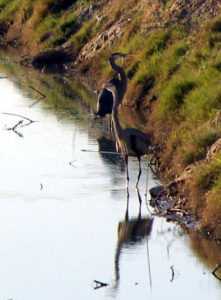 The EPA, acting under the power of the Navigable Waters Act, felt protective about that dry hollow in Duarte’s field. Perhaps the archangels of the federal bureau were concerned that a navigable vessel might venture across his field and would not be able to continue its inland voyage, or perhaps a school of fish would be discouraged. Therefore, the farmers of South Dakota, as well as the entire heartland, were getting nervous about plowing fields with possible dents in the land formation allowing navigable waters to drain— and the possibility of being fined millions.

My concern was a little different. I too felt a concern for the land. This foreboding was underscored at the time by voluminous smoke clouds dominating the horizon from what seemed like a universal forest fire. Montana, Idaho, the Dakotas— a great pall of smoke shrouded the land. Almost Old Testament scary. The Badlands were so smoke clogged, sight so bad, it wasn’t worth a visit. But that condition did not form the cause of my chagrin over the acres upon thousands of acres of grains and vegetables produced, besides the concern over those zealously protected pockets of water.

Now why, you might ask, would there be chagrin over the glory of American food production? Well, wherever you could see from the highway where a pond had actually formed in that seemingly contiguous field from Missouri to Idaho, there were no birds in them. In fact, no wild life at all, birds merely being the most obvious members. No wildlife to be seen— excluding drivers on the interstate. Not a critter to be observed in the whole two-thousand mile journey all the way to Missouri and back. 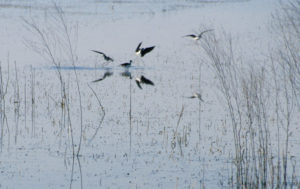 It’s likely that the absence of any critters off these fields— and in the ponds— is due to the same thing that caused the desolate absence of wildlife observed in the 70s at the Kestersen water reserve, a so-called wildlife refuge near Los Banos, and not far from the site of that rebel plower farmer in California. What was observable there at Kestersen was the impact of hot chemicals strewn upon the soil, which wash into the ponds, which poison and destroy the bird life.

Although this little tinkle of alarm may sound like the raving of an inconsolable eco-freak, the fact remains that the utter absence of wildlife in open environment does bear the aspect of a canary in a coal mine: the critter with sensitive lungs whose death tells miners to split from the mine because gas is in the air. The situation in the heartland might be seen more like no crows in the field. 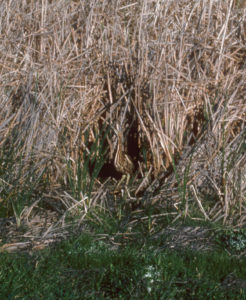 Loon, Looking at you

I select crows because they are the most survivable of critters, although many of them have been killed by an exotic disease of late: West Nile Fever. So forget the crows. There was nothing else. I spotted about a dozen road kills which indicated that some animals did exist. But no birds floating in ponds— with the exception of one, and only one, small group of coots. Nothing else. No ducks, no geese. No grackles in the field, no sparrows. No hawks on the poles, for they need critters below to feed upon. Certainly no black birds; they were the first to disappear years ago. No pigeons. But the most ironic part methought was that the cattle— the grass-fed cattle— drank of the same water that no bird can survive in. So, up your food chain!

The beauty part is that we have a federal agency created and spawned to protect the environment against the possible formation of a pond in a field miles from any navigable water, but it doesn’t give a hoot about the poison the water might yield. Hey, up your infrastructure! 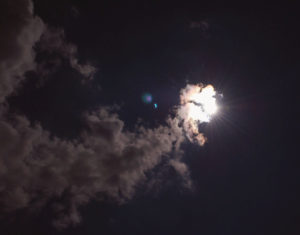 government exercising their peculiar type of control. The bureau designed to protect our environment actually provides a glorious example of the general folly of government control. The agency designed to protect the environment, as well as the people inhabiting it, chooses to worry about navigable waters formed in fields far from any river. But it has clearly failed to protect that water from the additives killing the wildlife and being pumped into food production for greater yields of exports to places like China— and up your environment!

The solar eclipse, however, was magnificent. But it wasn’t local.