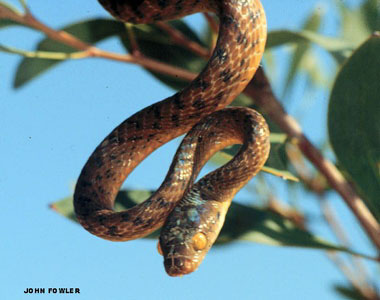 ☞ Nothing says global gobble quite like the flight of Boiga irregularis or the Indonesian Brown Snake.

By global gobble we mean that broad system of economic consumption which knows no borders, nor limits, nor allegiances to where it goes to shuck and pluck its wares. 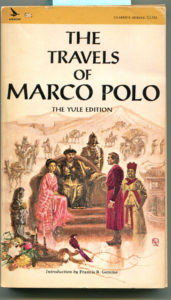 Not a new thing, the global gobble has been around since men have sailed. Vikings sailed for plunder, as did Islamic pirates. When the Euro states were first formed, citizens set sail to defend against raiders and plunderers, but they also set their sails for trade all over the globe.

The popularity of Marco Polo’s adventure travel book set up a shopping guide to the East. By that time the world was already well socked into the great global gobble. By the late 13th century everybody was trading. Spices we already know of because that was Columbus’ main venture in finding a swifter to route to them in India. Horses from Arabia to India, elephants from India to Arabia. African slaves for the sultans. Whatever could be obtained by heading past the Eastern Empire down the old silk road. Oh yes, there was silk, too. And pepper to spice up the ripe meats of Europe, and a host of other products swapped at different ports. Even Meso-American Indians were trading beads all over; artifacts made of Asian jute found in the pueblos of Colorado. European museums today are full of amphoras— the container crates of antiquity— which were used to ship oils from around the world. Oh yes, and wine, too— it was 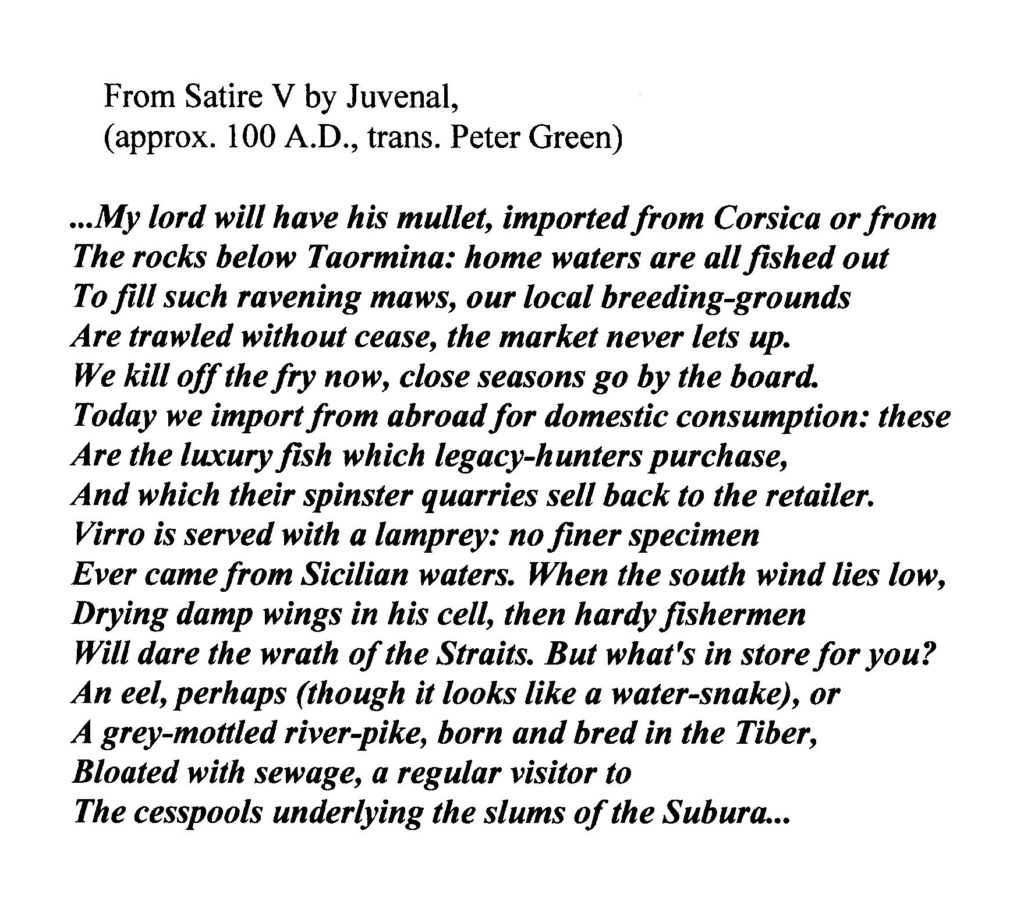 desired then as much as today. Pirates had already set up shop, infesting the Indian Ocean. And the Great Global Gobble was on.

Current trading today is merely an outgrowth of all that historical sailing and swapping. Mercantile exchange was boosted by capitalism— and shazam! It was hold on to your beard, Grandpa, we’re in high gear.

But because of the increased numbers and energy expended by such voluminous international dickering, there have been consequences. Or in today’s parlance, “unintended consequences.” Unintended, indeed.

The Boxer Rebellion, for example. All the western folks wanted to do was just open up China to their trade deals and, as an intended consequence, to bring along Christianity. Take that cross out of the hold and make it available to the “idol worshipers,” what Marco Polo called the Buddhists. 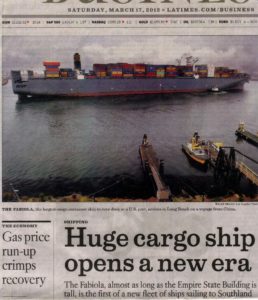 Well, it seems the idol worshipers didn’t cotton to foreign feet on their soil,  and they sure didn’t want any truck with the gwai lo, or white ghosts. To the white ghosts, though, forcing trade had already worked in Japan and the Phillippines. So why not China?

The rest, as they say, is history. The first international military force was assembled to rescue the threatened business men and missionaries who’d attempted a foray into the Chinese hinterland. 1900: it set the twentieth century pace and prepared for the flight of the Indonesian brown snake.

Some may argue that the reptilian inhabitant native to New Guinea, Boiga irregularis, is not actually a direct effect of the Great Global Gobble. The reason for such argument is that the species got to Honolulu by way of a military flight from Guam. The Indonesian brown snake, a slender creature with an affinity for pipes, is believed to have gotten into a military supply flight by snuggling into airplane wheel wells and long gun barrels. (Quite symbolic, one might say.) But to argue that it was a military flight and not actually part of the global gobble seems rather specious, considering military force as a necessary adjunct for overseeing the lanes of commerce, especially on the high seas. In the case of menacing Barbary pirates, for example, the creation of a land and sea force resulted in the first marines.

So, if it seems like a stretch, lumping the military with commercial interests, then you don’t hold with the Clinton administration selling a sophisticated missile system to the Chinese government by declassifying said rocket system as a “commercial” product. They degraded the multiple-head-nuclear missile delivery down to the status of army surplus so that it could be purchased by descendants of the Boxer rebels. By doing so, those folks made nakedly obvious (and stupid) that commerce and military are an intimate part of what Eisenhower dubbed the military-industrial complex.

Putting down the Boxers in China for the sake of a few missionaries and business men was just the start. American competition with Japan brought on the largest installment of conflict, war. Dough boys of old were transformed into GIs stationed at far-flung places in the Pacific. An island of supreme strategic value was established at Guam, still used today for routing military shipments.

So that’s how the snakes got their air miles; they hitched a ride from Guam on military transports and supply vessels. That’s how four of them were flown into Hawaii, where they disappeared across Hickham Air Field. (Poor Hickham, first Japanese Zeros, then Indonesian brown snakes!) Bear in mind is that all it takes is one female hitching a ride on transports and moving from its native habitat in the South Sea islands. From Guam, she eventually made it all the way to Oahu, which harbors nary a snake nor a snake predator. 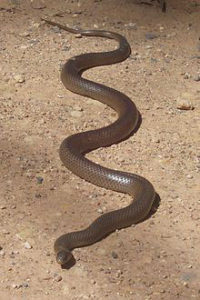 What makes that long thin traveler most dangerous is that she be a she. Female brown snakes give birth by parthenogenesis. That is, the female carries her own sperm kit around, up to two years, and then self-inseminates wherever she feels like it— like near Hickham Air Force base, right down from the Royal Hawaiian Hotel.

About ten feet long, not much bigger around than a stout water hose, they are arboreal reptiles. So they’re able to insinuate themselves up tree branches, high wires, roofs, or even through drain pipes for interior access. They devour birds by the species. The flightless rail of Guam had completely disappeared before the voracious nocturnal crawlers were even noticed. Then it was discovered that they were unstoppable. One scientist observed a brown snake hitting a twenty thousand-volt snake fence repeatedly, looking for a hole in it. High voltage jolts offered no deterrence. “He just kept hitting it,”  said the observer. Maybe in that case it was literally grounded, because elsewhere they cause power outages by slithering across power lines to strike at birds and consequently shorting out the grid.

Those four critters escaping out of Hickham have since ensconced themselves into the terrain outside Honolulu, the female keeping sperm inside for years before she fertilizes herself. The brown snake reverses the gobble effect; it does the gobbling.

Though omnivorous, its favorite treat is bird life. By the time they’re through, there should be no birds left on Oahu before they come into town and hang off the bao bao trees like spaghetti, or come up through toilets, looking for babies. That’s right, a mother in Guam came into the bedroom to find one with its jaws locked around her baby’s hand. It had come out of the toilet. And, oh yeah, they’re also venomous.

If Roger Corman, John Carpenter, and Steven Spielberg got together with all the other Hollywood horror producer/directors to create a bodacious sci-fi monster, it’s doubtful they could do any better than what Mother Nature has given us in the form of Boiga irregularis. And that’s just one of the uncountable biological splendors— from microbes to terrorists— Mom Green sends us when we order from around the globe.

Not too many today, including modern day Japanese, argue the necessity the allies felt when they crossed the Pacific to stop a military machine. The cause was just. Protecting territory was one reason, self-sacrifice for freedom also figured into the effort, along with business interests. But each goal comes with a price when promoting freedom or promoting Marlboros.

Always a cost. The loss of blood and treasure is an obvious price. But other invisible side effects surface later, like a miniature night-crawling Godzilla out of the Pacific. That’s a critter that seems to offer only one assurance: the Great Global Gobble helps to show how Mom Green bears a weird sense of humor.